A targeted data wiping malware has been discovered by The Iran National CERT, or Maher. The malware, referred to as Batchwiper by Cupertino, Calif.-based security vendor Symantec Corp., wipes files on different drives at predefined times.

Researchers say the design is primitive but the malware is efficient. Batchwiper can wipe disk partitions and user profile directories without being recognized by anti-virus software. It is not widely distributed.

Symantec has recovered samples of the Trojan matching the hashes in the Maher advisory. According to Symantec, the samples will wipe any drives starting with the drive letters D through I, along with files on a logged-in user’s Desktop. Symantec researchers are continuing to analyze the binaries.

Targeted malware attacks have been on the rise in recent years. Batchwiper, however, shows no similarities to more sophisticated targeted attacks like Stuxnet, Flame or Gauss. Experts say companies need to make malware defense a top priority. Steps IT teams can take to protect their companies against malware include offline malware and threat detection, whitelisting, and browser security.

View all posts by easternhost


Facebook advertising is an important way to connect with your audience on the world’s largest social network. The ever-changing Facebook algorithm can make it a challenge to connect organically with fans. But Facebook’s micro-targeting features allow you to reach your exact target audience. That means Facebook ads can get your message in front of the people who are most likely to want your products or services..

My new publication describes how I have saved over $53,000, with this figure rising each year, by my understanding of some of the same concepts I use on the 'bigger picture' view of navigating these treacherous financial markets.

Promote Your Page Too 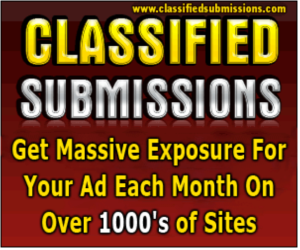